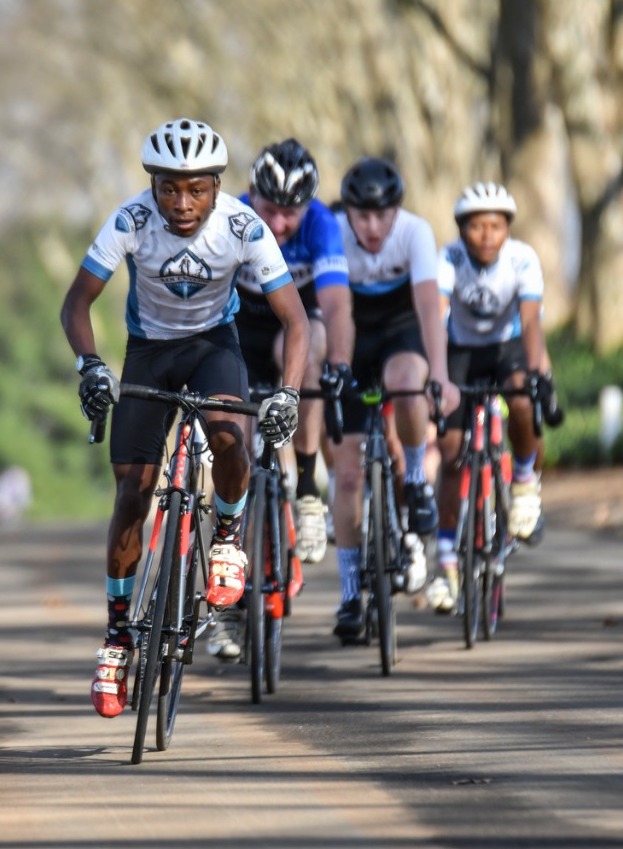 The enthusiasm for Road cycling competitions began at the end of the 19th century and has not stopped growing since. Some big races attract around tens of million spectators and are watched by TV viewers all over the world.

The first race officially recorded dates back to 31 May 1868 at the ‘Parc de Saint-Cloud’, in Paris, and was won by the British rider, James Moore.

The first city to city race took place on 7 November 1869: Paris-Rouen. James Moore, once again the winner, rode 123 kilometres in 10h. 25 min. The organisers’ intention was to promote cycling and to demonstrate that the bicycle enabled considerable distances to be covered.

Road cycling has been part of the Olympic Games programme since its first edition in 1896.

The KZN Road Cycling Commission is the governing body of the sport in KZN and is affiliated to and forms part of KZN Cycling.

Road cycling competitions and formats are as follows:

(part of the Olympic programme)

The riders start together in a bunch. The courses are of varying distances (approx. 260 km for Elite Men in the UCI World Championships). Road races have several different formats – One day races from one point to another (e.g. Paris-Roubaix or Tour of Flanders) or on a circuit, such as the UCI World Championships or stage races where the cumulative times of the riders are taken on each day’s race (or stage) to ascertain who the overall winner of the race will be (e.g. Tour de France, Giro d’Italia or Vuelta a España).

(part of the Olympic programme)

The individual time trial is raced over 40-50 km (at the UCI World Championships and Olympic Games) or over different distances depending on the categories being contested. The riders set off individually at regular intervals (1-2 minutes) and the competitor completing the course in the fastest time is the winner.

The principle is the same as for the individual time trial, but this event is raced by teams of a minimum of 2 riders and a maximum of 10 riders

After much hard work and a stellar year thus far, Frances Janse van Rensburg will be embarking on a new exciting challenge from next week when she leaves SA to …

Due to her youth, we won’t refer to Frances Janse van Rensburg as the Queen of the Desert, but rather as the Princess. This is despite the fact that our …

Presenting 2021 KZN Road Champs  New Venue, New Route and New Year to SMASH!!   Absolute Motion in partnership with KZN Cycling is proud to present to you the 2021 KZN …

The 2020 KZN Provincial Road Championships was successfully staged by Johann Wykerd and his team supported by the KZN Road Commission in Wartburg on the weekend of 25th & 26th January. A …