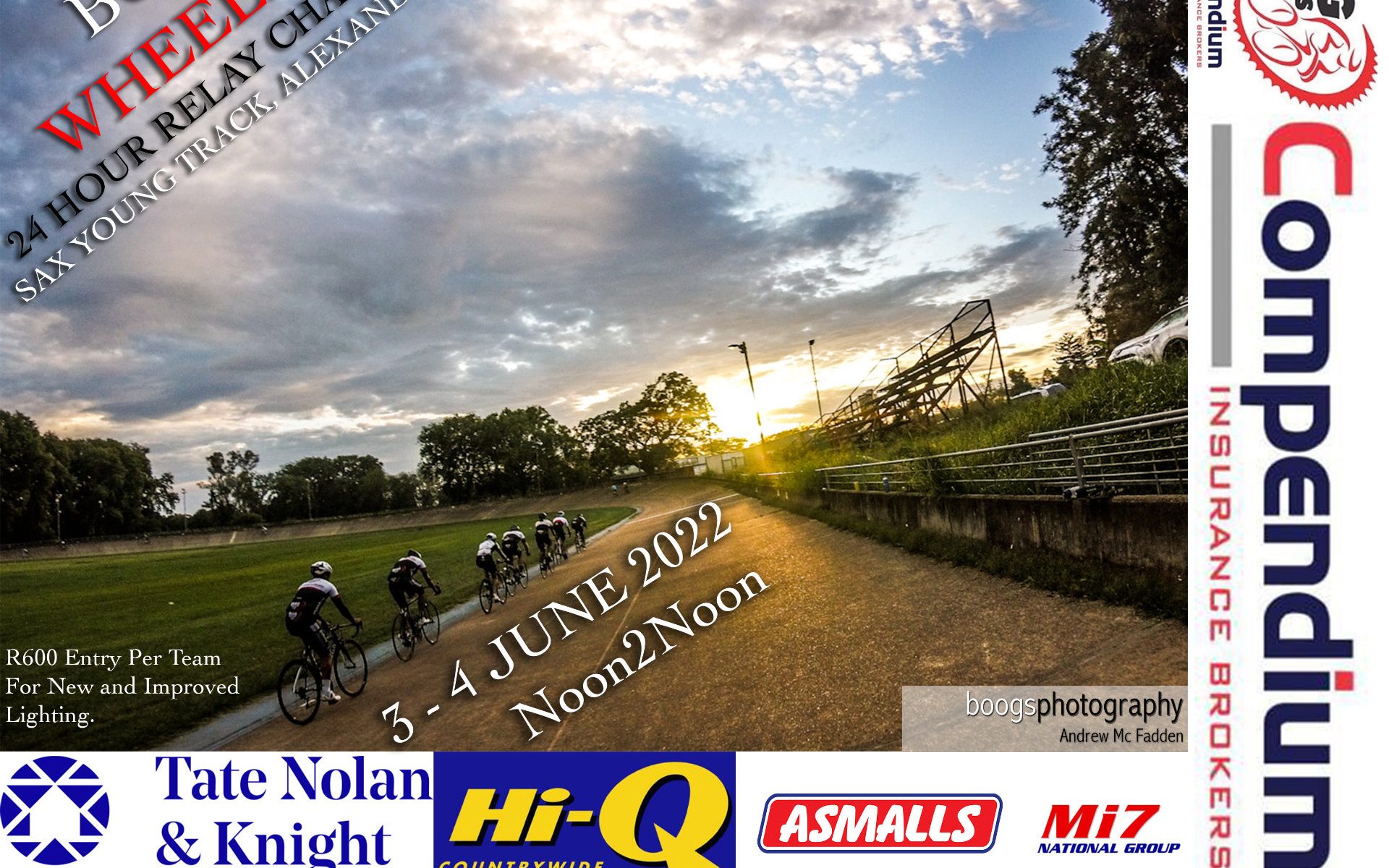 Something new and different to get your warm this winter ! Burg Wheelers Cycling Club is hosting this fun and social event to raise funds for track renovations at the Sax Young Cycle Track in Pietermaritzburg. Open to Roadies, MTBérs and even eBike teams, and there are Junior (-18), Mixed (at least two ladies) and Master’s (60+) team categories.

All proceeds go towards new LED Globes and upkeep of the facilities. There will be snacks, drinks & prizes donated by various sponsors and the entry fee of R600 per team (of up to six riders) offers excellent value for participants.

This is a social event, so teams may start whenever they like and ride for as long as they want. Team members may also ride simultaneously, although we would like to see at least one rider per team going around the track at all times – if possible. The total combined distance of the six riders will be the Team Score.

After much hard work and a stellar year thus far, Frances Janse van Rensburg will be embarking on a new exciting challenge from next week when she leaves SA to take up a slot earned at the World Cycling Centre in Switzerland. Apart from receiving top quality training from the UCI coaches throughout the year, she will also be riding for the WCC Continental Women’s Team that competes in all the premier races across Europe. The opportunity is a massive one for Frances and certainly well deserved and testimony to her efforts as well as the guidance given by Johann Wykerd who has been coaching her throughout. The farewell function held saw many of the people that have supported Frances over the years, including KZN Cycling President, Sean Lucien. We all wish her well in her journey ahead. 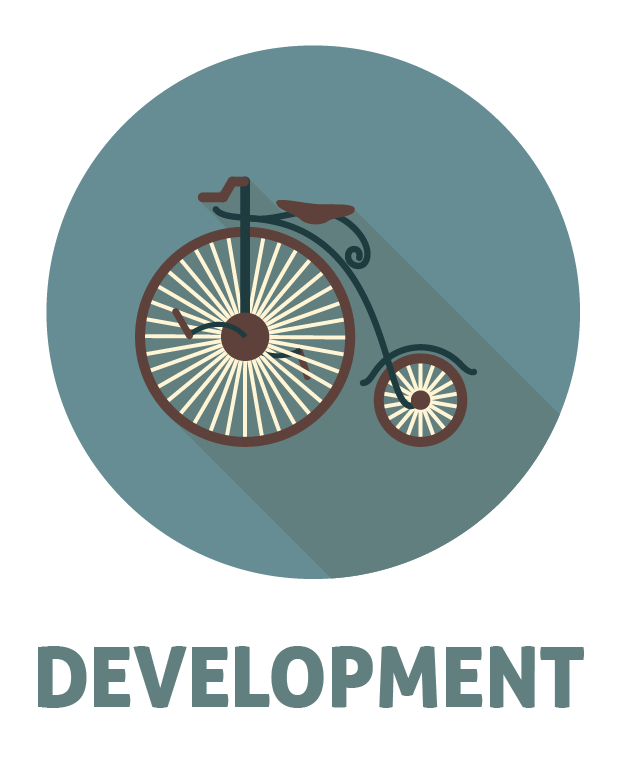 In the week of 25th – 30th April, 110 x young riders from all 11 x districts were transported to Pietermaritzburg on Sunday 25th April to take part in the KZN District Final, with training activities and competitions taking place in all four major cycling disciplines, namely Road, Track, MTB & BMX. This event was the culmination of the clinics training programme that has been ongoing in all 11 x districts, and district events were held so as to be able to select the ten best riders from each region – from the clinics programme and not those that are already in the HP squads or who have taken part in provincial events previously – so as to allow them to be able to compete against their compatriots from all over the province.

On the first two days, the group was divided into smaller training groups and they all received training in the different disciplines and to get them used to using geared road and mountain bikes, as well as using the track bikes and competition level BMX bikes. On Wednesday and Thursday, competitions were then held in all four disciplines so that the youngsters could put into practise what had been learnt in the training sessions. Apart from allowing the riders to be able to compete – and also win individual trophies in their respective age categories – it is an event that allowed for those riders with talent in the different elements to be identified so that they can be progressed into the HP groups in each of the districts, to receive additional training from the HP officers during this next phase of the programme in the 21/22 time period. This portion in itself was extremely successful in that a significant number of youngsters have been identified – the future looks bright for the next crop of riders.

Regardless of where the riders finished in each of the competitions on an individual basis, all riders were allocated points in the competitions towards the District prize, and the top three performing districts overall were as follows:

The attitude and willingness of the youngsters that were at the event this week was great to see and they all gave of their best and tried really hard throughout which was fantastic to see. The event also showed that the district programmes are working, and the various district officers are working hard to ensure the youngsters in their regions are being well trained. They have now all returned to their home districts with new skills and with added incentive to continue training hard. 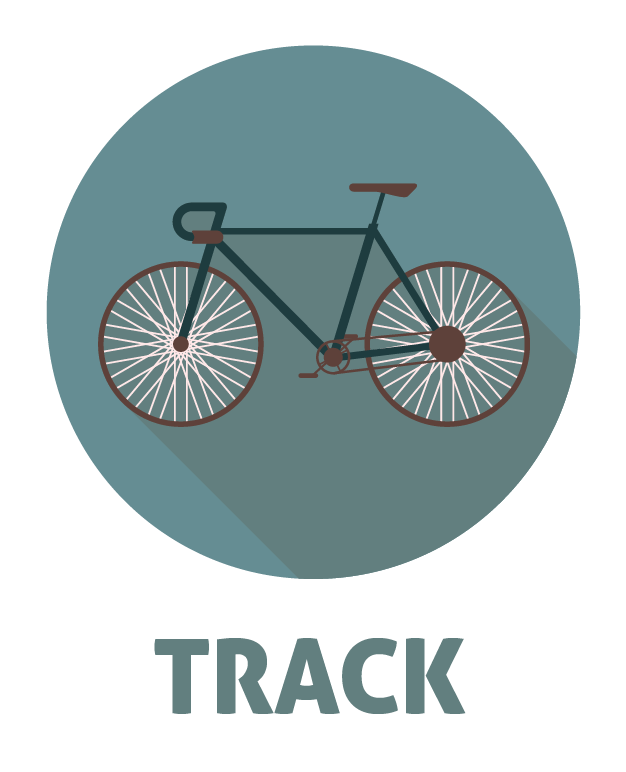 The SA team’s luggage after the Continental Track Championships was certainly quite a bit fuller with all the medals won over the four days of competition and the three young riders from KZN certainly played their part in ensuring that it was a case of “mission accomplished” is Cairo. Courtney did extremely well as a first year elite winning four bronze medals and Ainsli came away with two golds, a silver and a bronze in the Junior Women category. James Swart was exceptionally good throughout entering six competitions and walking away with six golds and dominated the Junior Men’s category. He’s certainly going to be looking forward to returning to Cairo in September for the UCI Junior Track Cycling World Championships. Well done to our young riders for keeping the KZN flag flying high.

Due to her youth, we won’t refer to Frances Janse van Rensburg as the Queen of the Desert, but rather as the Princess. This is despite the fact that our KZN U23 rider ruled over all comers this past week at the African Continental Road Championships in Cairo winning a total of five medals – four golds and a silver – and having the accolade of winning the most medals at the Champs. A fantastic effort and more good things are sure to be on the horizon.

KZN Track champs is to be hosted in Pietermaritzburg on the 9th & 10th January 2021.  Closing date for entries is the 2nd January 2021.

It is the responsibility of the riders to provide the above to KZN Track Cycling, on or prior to the cut off date of the 02 JANUARY 2021.

This event will be run under the auspices of CSA and KZN Cycling.
The UCI Rules (Version 01.10.19) will be enforced.
Without a signed indemnity form you will not be allowed to race.

Absolute Motion in partnership with KZN Cycling is proud to present to you the 2021 KZN Road Champs at an all new venue – Sani Pass Hotel. Come smash some personal goals as we head into an exciting new year of racing. At the recent SA National MTB XCO Championships in Cape Town, the KZN flag was flown high by a number f riders with some excellent results being achieved and KZN Cycling was able to play a role in ensuring that KZN remains a Winning Province.

In the Junior Men category, Daniel van der Watt had a great ride in this extremely competitive age group and finished third taking home the bronze medal. His progress has been really good this year despite the trying times and this result is sure to set him up for future success. Henry Liebenberg made the trip to Cape Town as the defending U23 Men’s jersey holder, without any expectations of a good result (as he has recently recovered from some health issues and has not been able to train for a number of weeks) but his class and natural ability was on show and he walked away from the event with a very credible 5th place which in the circumstances, was a huge achievement.

While our young men did well at the event, the main accolades of the weekend went to Frances Janse van Rensburg who is the new U23 Women’s National Champion. Frances has predominantly been a road and track cyclists and has achieved great results in both these disciplines at both national and continental levels, and has recently taken up mountain biking in a serious way and with the result on the weekend, it has obviously been a successful transition.

Well done to all

For the past number of years, all involved with the KZN Cycling Development plan have been making continual improvements and innovations and now, the programme is recognised as the leading development programme on the African Continent and there are very few programmes anywhere in the world that can rival what has been achieved in KZN with the support of the KZN Department of Sport & Recreation over the past few  years. This is certainly the case in the cycling realm, and it is even looked at as one of the leading general sports development programme with principles that can be used across all disciplines.

Alec Lenferna was asked to meet with and make a presentation to the leading role players of the Egyptian Cycling Federation as well as the Egyptian Ministry of Youth and Sport so that they can learn of what KZN Cycling is doing and how these lessons could be transposed into their cycling and other sports programmes.

It is great to see a homegrown programme receiving international attention that has been very well received.